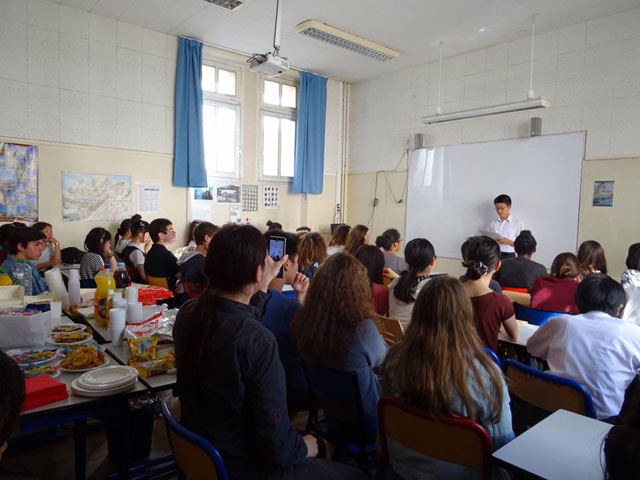 About the Great East Japan Earthquake 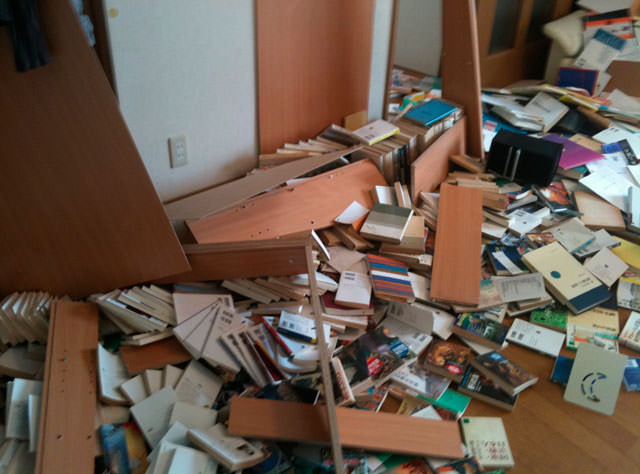 Photo 1. My home after the earthquake 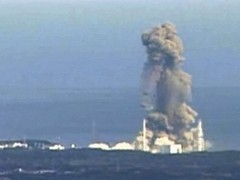 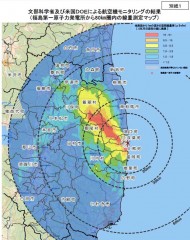 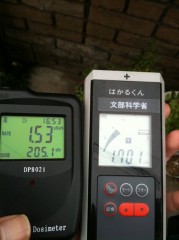 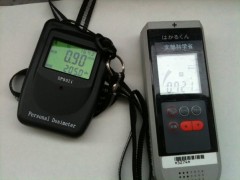 Photo 3. Radiation dose inside and outside of my house, June, 2011 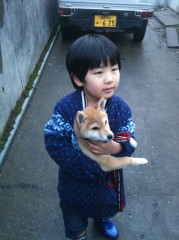 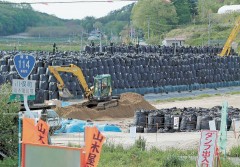 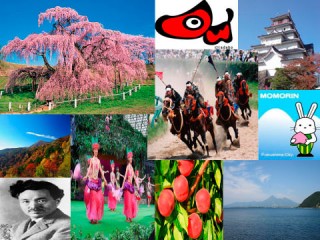 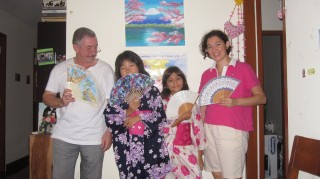 Here is a photo of my host family in Bangkok. 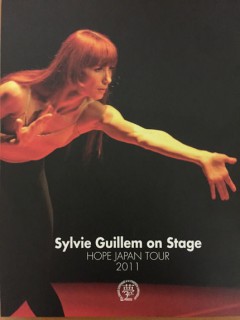 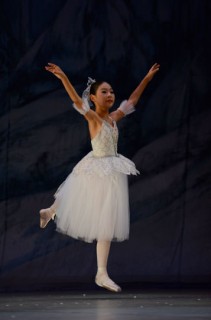 This is from our ballet show, ‘the Nutcracker’. 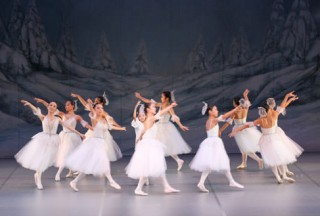 Hello, everyone.
I live in Sendai. Iam a second grade student in Junior High School. I am honored to be here today.
The theme of my presentation is to show gratification for your heip and support for when we had the earthquake and tsunami.

march 11 2011, the big earthquake happend.
many people lost their valuable lives because of the tsunami. I was third grand in elementary school.
Then four years have already passed since the natural disaster hit my town, but still March 11th reminds me of the tragdy.
It was snow and cold day. I was frightened from the earthquake. I was desperate to live. I did not understand what to do then.
My house was damaged a lot, but fortunately my family was safe. I couldn’t use water and electricity for a few days. I couldn’t use gas for a month. I felt like I was living in a forest. We needed to make line to get food and water for a couple of days, and it was especially very hard to buy groceries.
The adults worked hard for their children.

Then many people started to do volunteer work for us not only from Japan but also from foreign coutries too.
I was especial impressed that they were looking for missing people. A lot of cheerful messages gave us power.
There were many people from all over the world who came to Japan to help, even though it was under tough circumstances.
Now life has returned to normal since the disasters happened. But some people cannot return homes on the coast town. The tsunami washed away the railway, but the railway has been almost full repaired and it will be reopened soon.

I will introduce a little bit on Sendai.
Ilive in Sendai, north of Japan. There are about 1,000,000 people in my city. We have many festivals in my city with the seasons.
In Sendai, we have a big festival called “Tanabata” in July. There are a lot of decorated bamboos along the streets. When I was an elementary school, I made paper cranes to promode hope, happiness, peace and recovery from the earthquake with my friends.
We know you have delicious food in your country, but we also have delicious food in my city too.
For example, it is “Zunda-mochi”. It is made from Edamame. It is sweet and delicious sweets.
I love this town.

Through this experience I have found that I have to cherish the present. I think I will do anything that I think I can do. Now, I should study and think about the recovery of Japan.
The biggest reason why we could get recover from the damage is because of all your sepport.

Thank you so much.

Great east Japan earthquake hit our town at 2:46 p.m. on March 11, 2011 registered an intensity of 7, magnitude 9.0, and 15,891 people were killed by terrible tsumnami after the earthquake.
When it hit, I was at school, and soon my mother came to school to pic me up.
There was 6 oil heaters at refuse, but it was snowy outside, and we felt so cold.
At the night, the car which was soaked in sea water emited loud sounds of their horn. It sounds over the night.
A few days later, many people from all over the world came to us in Tohoku area, and helped a lot for us.
We got not only supplys, but also many messages from the world. Many volunteers came to help us, and our town get cleaner day by day.
Now we are trying to recover our lives, but it seems stand still 4 years have passed since the earthquake, and our town have got cleaner, and rubbles are cleared, but their still are many broken houses and bumpy roads.
It seems to take more time to recover our town like before,
aif so, Iwill join and cooperate with the people who are trying to recover our town.
The things I want to express the most is my thanks.
Thank you for coming to help us, though there were so much distance from your countries.
Thanks to your help, we could find hope.
Thank to your messages, we could step a head.
I think, the next is our turn to return a favor.