We hope that you will be many to answer our call and give your support to the project ! 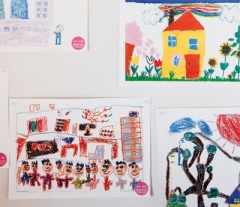 One year ago, on March 11th, the North-Eastern coast of Japan was struck by a terrible earthquake, followed a few minutes later by a tsunami that laid waste to cities and villages in the whole region. Many buildings were destroyed and many people died in the event.In the aftermaths of the catastrophe, and before the reconstruction of the cities could be properly planned, priority had to be given to providing temporary lodgings for those who had lost their houses. However people soon felt the need for a warm and welcoming place where they could find some comfort and discuss their plans for the future. In an effort to alleviate the victims’ sufferings, architect Ito Toyo set out to build the first Home for Everyone (Minna no Ie) with the support of the Kumamoto prefecture. The house was inaugurated in the fall of 2011.

Another such Home for Everyone is to be built in Rikuzentakata, for which Ito Toyo required the assistance of several young architects such as Inui Kumiko, Fujimoto Sou and Hirata Akihisa. Ideally, new homes should be built everywhere near temporary lodging areas.

Kishin no Kai is the association in charge of the Rikuzentakata project, and was founded by Ito Toyo and other famous japanese architects, including Yamamoto Riken, Naito Hiroshi, Kuma Kengo and Sejima Kazuyo. Now they need our help for the project to be succesful.

Zoom Japon has decided to participate to the fund raising campaign, and appeals to all its readers, hoping to gather the 50000 euros needed for the completion of the Rikuzentakata Home for Everyone.


The funds will be collected by association Japonaide, and transferred entirely to Kisyn no Kai for the construction of the Rikuzentakata common house. 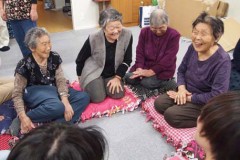 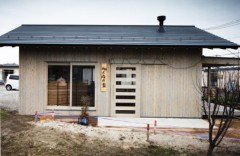 Charity Concert of chamber music at Cultural Center of Japan in Paris – “Solidarity with Japan”
This entry was posted in English. Bookmark the permalink.