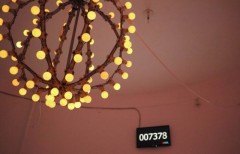 The second phase of the installation “Dynamo-Fukushima”, themed on art-Support for affected areas, was held at Espace de L’Art Concret from December 11th 2011 to June 3rd 2012 by a modern art artist Yann Toma and some members of Ouest-Lumère, which Yann hosts. We, JAPONAIDE, as an official partner of “Dynamo-Fukushima”, were given an opportunity to set up a charity stall to sell support goods such as badges.
www.dynamo-fukushima.org

Located in the city of Mouans-Sartoux 10km north from the city of Cannes, Espace de L’Art Concret, is a venue built around a castle constructed in the Middle Ages. It actively opens its doors to modern arts while also exhibiting avant-garde arts of historical significance.

This second phase of “Dynamo-Fukushima” was introduced in the event of “Art et bicyclette” which was hosted by Espace de L’Art Concret.
www.espacedelartconcret.fr

During the 6 months of this event, 29 badges were sold and JAPONAIDE received 59 Euro raised by Espace de L’Art Concret. The proceeds will be allocated to JAPONAIDE’s support work for the affected areas. 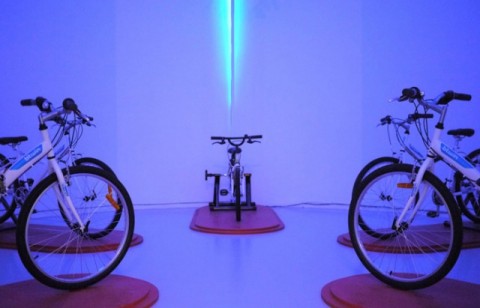 Musical evening For children of Fukushima